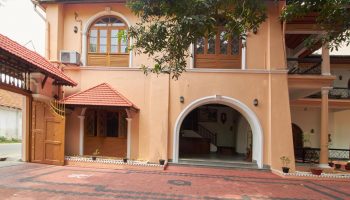 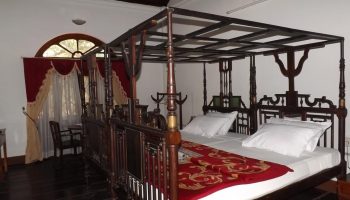 Ballard Bungalow, is a one of the cheapest homestay in Kochi. It offers the best rooms at the cheapest rates. TO LIVE in a hundred year old home, a home whose walls have witnessed the cut and thrust of history, whose courtyard has seen the intrigues of politics and a passion, a home that has heard the traders moor their boats in the dead of night, pack them with spices, and sail away later. Such homes make up Fort Kochi. The latest heritage home to be converted into a hotel for the flock of tourists that visits this almost fabled land is the Ballard Bungalow, owned by the Cochin Diocese.

Experience the heart and soul of authentic Fort Kochi best by a memorable stay at The Ballard Bungalow, Fort Kochi. A building which has a 200 year old history that dates back to the Dutch colonial era. Originally built by the Dutch, it was later taken over by the British. During the rule of the British Empire, the bungalow was used by it’s high ranking officers for their accommodation. The building got it’s name “The Ballard Bungalow” because it was last used by the British to accommodate Mr. Ballard, the Honorable Collector of Cochin. After independence, it was bought over by the Cochin Diocese and is now being run as a heritage hotel. All care was taken to preserve the rich and colorful history of the building while converting it into a heritage hotel.

Our primary concern amidst this COVID-19 (Coronavirus) pandemic is nothing other than the health and safety of our guests. We strictly follow all safety protocols ordained by the Local and State government authorities and the Health Department.

Other Homestays, Hotes & Resorts in Cochin